I’ve been organizing stuff professionally for over 20 years. One of the questions that’s always more complicated than I’d like is where to donate the things that my clients don’t want any more, but are still in good enough shape to be used.

There are a couple of excellent resale shops in different cities that I know of. Without exception, these are smallish non-profits that have a narrow and effective focus (like the Howard Brown Health Center / Brown Elephant shops in Chicago, that offer free STI testing, LGBT meeting spaces, and sex ed; like Housing Works in NYC that provides services and shelter for the homeless). The approach of offering preventive services and education has been shown over and over to forestall problems that cost the individual dearly — not to mention reducing costs down the line taxpayers and the government. But (unless you’re in Chicago or NYC,) those mission-driven non-profits aren’t going to pick up your donations.

Goodwill and Salvation Army are the two major players in most cities and towns around the country. Both offer home pickup of your donations if you have enough stuff, or if what you have to donate includes furniture. I used to love Salvation Army — right up until I learned that it’s a religious organization run by evangelicals, and that the organization illegally discriminates against non-heterosexual people who need help, and lobbies against civil rights like marriage and benefits for domestic partners. 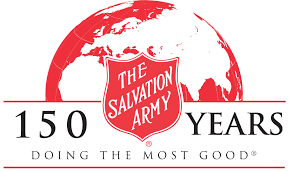 “Doing the Most Good”…while campaigning against civil liberties, practicing bigotry based on their religious affiliation, and keeping their financial data secret. I see why they kept their motto short…

But I heard recently (from volunteers at a local thrift shop that gives its leftovers to the Salvation Army) that Goodwill is a for-profit corporation. I looked into it. They’re wrong: Goodwill is, in fact, a non-profit, and it has a 4-star rating from the independent evaluation website, Charity Navigator. Salvation Army, on the other hand, isn’t rated at all; as a religious organization, it is exempt from reporting any financial data to the organizations that would evaluate it, if it were actually a 501(c)3.

That pretty much clinched the professional decision I made several years ago to donate most of my clients’ unwanted stuff to Goodwill. The thing I like best about Goodwill — beyond their community education programs, and their stated commitment to employing people that can’t get jobs elsewhere due to disabilities — is that they’ll take any old electronics you have, and if they don’t work? They’ve been recycling electronics for free since 2008.

What non-profit resale shops would you recommend? Does your city or town have a really good one you’d like other people to know about? Have you come up with a fancy alternative to donating stuff, like shredding it and making awesome recycled beanbags?